The Only Way to Stop the Unhealthy Blame Game 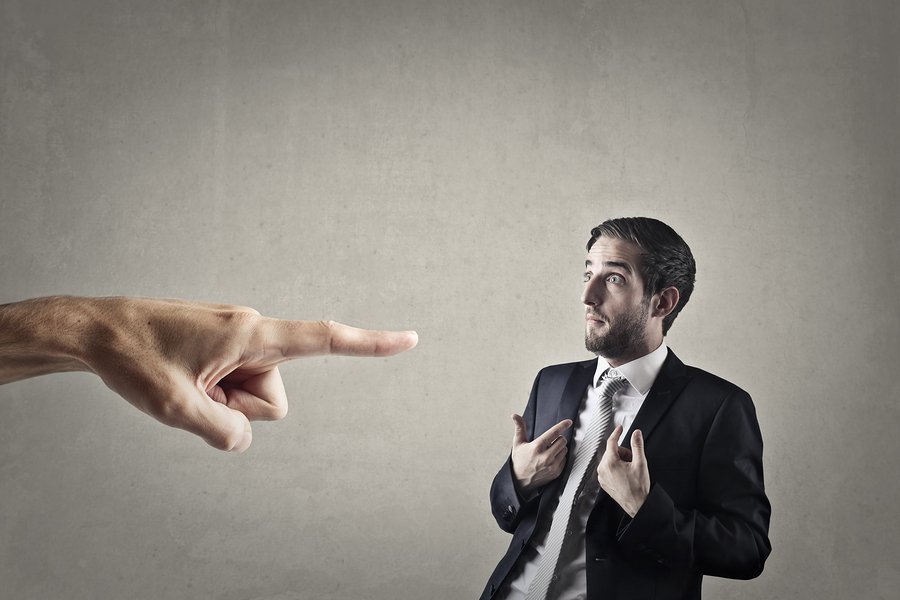 When I hear big food manufacturers and lobbyists deflecting responsibility for the chronic disease epidemic around the world, I’m often reminded of childish playground conflicts. You know, the almost instinctive responses from kids when they’re busted for doing something they know is wrong.

With kids, it can be kind of funny, at least when nobody gets hurt and the damage isn’t too severe. After all, kids will go to great lengths to avoid punishment, whether that means blaming someone else or trying not to get caught altogether.

When billion-dollar food companies play the blame game as a way to run up profits by selling unhealthy products that make people sick, there’s nothing funny about it. It’s tragic.

It’s not the fat. It’s the cholesterol!

It’s not the cholesterol. It’s the calories!

It’s not the calories. It’s the carbs!

It’s not the carbs. It’s the artificial preservatives and sweeteners!

While there’s certainly plenty of blame to go around for obesity and related chronic diseases like type 2 diabetes and heart disease, those who have been peddling sugar products deserve special recognition for decades of deception.

A few months ago, an article in JAMA Internal Medicine, reported by NPR, revealed that the Sugar Research Foundation (SRF) first attempted to deflect blame for coronary heart disease from sugar to fat 50 years ago.

Scientific evidence of the link between sugar and heart disease had existed since the 1950s, and this “foundation” was attempting to refute the findings. A report published in the New England Journal of Medicine in 1965 downplayed evidence of sugar’s impact on heart disease.

However, the SRF’s sponsorship of this “research” was never disclosed, and the sugar lobby has been tied to the study’s pro-sugar conclusions, which have had a significant role in public perceptions and scientific debate about sugar.

To be clear, the authors of the new Jama Internal Medicine article weren’t trying to prove or disprove science. They were trying to show how the sugar industry attempted to control the conversation about sugar. Incidentally, the SRF had predicted in 1954 that low-fat diets could drive up American sugar consumption by one third.

But that wasn’t the only time the sugar lobby made its presence felt. John Yudkin, a British professor of nutrition, wrote a book about sugar called Pure, White, and Deadly in 1972.

As reported in The Guardian, Yudkin’s reputation and career were destroyed by the food industry and prominent “nutritionists” of the time. In his book, Yudkin dared to say that “if only a small fraction of what we know about the effects of sugar were to be revealed in relation to any other material used as a food additive, that material would promptly be banned.”

Fast forward to 2015, when emails acquired by the Associated Press proved that Coca-Cola was funding and influencing the work of the Global Energy Balance Network. This organization was conducting “research” with the goal of convincing people that exercise was more important to good health than nutrition. There efforts were exposed as a sham.

I think I’ve made my point.

Nobody wants to step up and own their fair share of the blame for chronic disease, especially when it comes to the sugar lobby and makers of sugary foods and beverages. In fact, they’ve proven for decades that they’re willing to spend millions of dollars to make people think science is wrong.

The only way to put a stop to this unhealthy blame game is to educate yourself and find information from reputable sources. Food and beverage ads are not reputable sources. Not every article you find on Facebook and Google should be trusted. Unfortunately, it has taken federal regulators decades to catch up with proven science.

Talk to doctors of functional medicine. Check your information sources. Find out who is responsible for their funding. Check the sources of the foods you consume and read the labels. Share all of this information with your kids.

When a child says “he did it first” or “she made me do it,” those responses are unacceptable. Well, if we teach our children to think for themselves and make better decisions, isn’t it our responsibility as parents and adults to set the example?