15 Years of Natural Healthcare Center, Part 1: How This Wonderful Place Came to Be 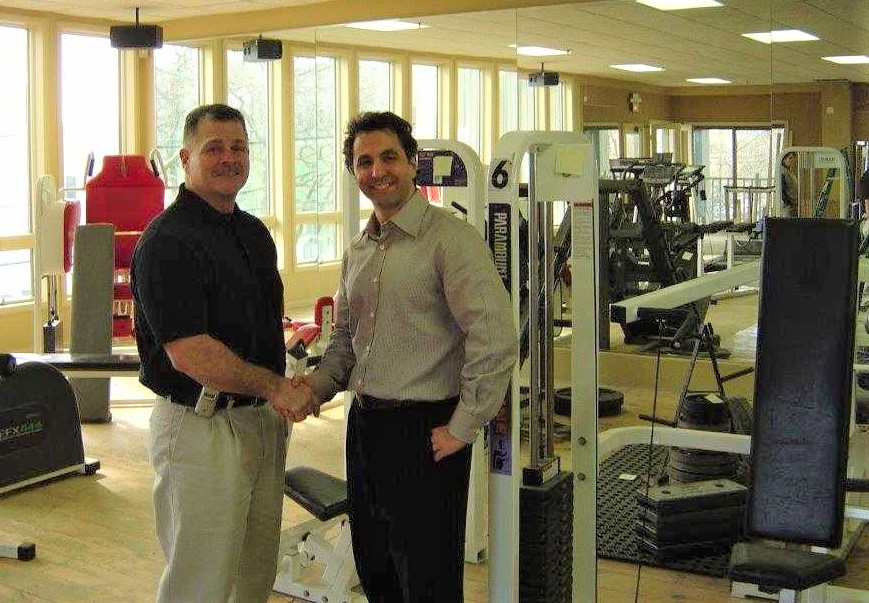 My 2004 donation of all the Atlantic Chiropractic Center fitness equipment to the Long Branch Police Department.

The first five or six years of my associate career working for other people were very enjoyable. I loved the 60-hour work weeks. I couldn’t soak up enough knowledge. My patients were incredibly happy.

But the last two years or so of my associate career were intensely frustrating. I put together business plans and buy-in strategies to become a partner in several practices, only to have door after door shut in my face.

I eventually realized God’s plan for me was to have no other partner besides my wife, Stacy.

Toward the end of 2002, I was commuting from Red Bank to Bridgewater and Wyckoff every day, we had just bought a fixer upper home, and Stacy was pregnant with our third child. I switched gears and looked for a place where I could launch my own practice.

I called Dr. Dennis Nitto, who I heard was selling his practice in West End. He said someone else had agreed to buy the practice, so it wasn’t available. I started trekking out to Princeton three days a week to look at available spaces.

At one point, I thought everything had finally fallen into place with a facility in Princeton Forrestal Village. My credit was excellent, the bank had approved my loan, and I had a solid business plan that I had spent years developing.

In March of 2003, I remember sitting at the desk I had set up in the basement – hardly a home office at that point – and finding out from the landlord in Princeton that the deal fell through.

Five minutes after hanging up the phone, I got a call from Dr. Nitto. I didn’t even remember calling him months earlier. He said the deal with the other interested buyer fell through and asked if I was still interested.

I went to meet Dr. Nitto that day. We agreed on a deal and I immediately began working for him at Atlantic Chiropractic Center.

I had never been to West End. I lived in Red Bank and spent my summers in Sea Bright. But I felt an instant connection with the community.

The next step was financing. The debt load was more than $1.5 million.

My house was collateral on the loan and I had to borrow money from my mother. Without a second thought, she took out a second mortgage so she could lend me the money I needed. Stacy, who was pregnant at the time, signed every piece of paper that was put in front of her. The unconditional love, trust and support of my mother and wife are why they’re still the two most important women in my life. 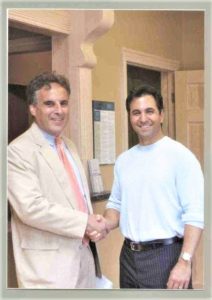 The purchase of Dr. Nitto’s practice and facility closed in early July. My attorney said it was the fastest commercial closing he had ever seen.

A week later, my son, James, was born.

I finally had my own practice. Of course, the real challenge would be getting it up and running.

When you buy an existing practice, you normally spend at least a year in their office learning about the patients. I was only there for a few months, so not a single patient of Dr. Nitto’s knew me, and my business model and approach to care were nothing like the previous practice.