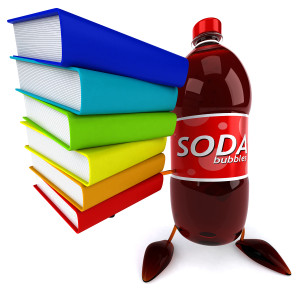 At what point does the truth become so watered down, cloudy and overrun with hype that it is no longer the truth? Has it gotten to the point in which we allow billion-dollar corporations to redefine what the truth is?

For years, soda makers, fast food companies and other purveyors of unhealthy “food” have tried to shape perceptions about their products. They don’t want people to believe their products cause chronic disease, even though scientific studies have proven this to be the case.

So what do the folks at Coca-Cola do? They use their money and influence to try and change science.

It was announced last month that Coca-Cola is funding the Global Energy Balance Network, which is trying to prove that exercise is more important to good health than nutrition.

I won’t waste your time or this space citing all of the studies that prove this guy’s statements are absolutely untrue. A simple Google search will show links to mountains of data that show a direction connection between sugary drinks and chronic illness.

What makes me furious is the gall of Coca-Cola.

Coca-Cola hasn’t been able to change public opinion, so they’ve decided to try to change the truth. More specifically, they’re trying to buy a new truth.

Do they think we’re so stupid that we would believe research funded by Coca-Cola is anything but a desperate attempt to reverse declining sales of Coca-Cola products?

But science is science. Truth is truth. Reality is reality.

And here’s the reality, Coca-Cola. Your product causes chronic illness. And your attempt to deflect blame by buying a new truth does nothing but insult people’s intelligence and make you look even more desperate than you really are.