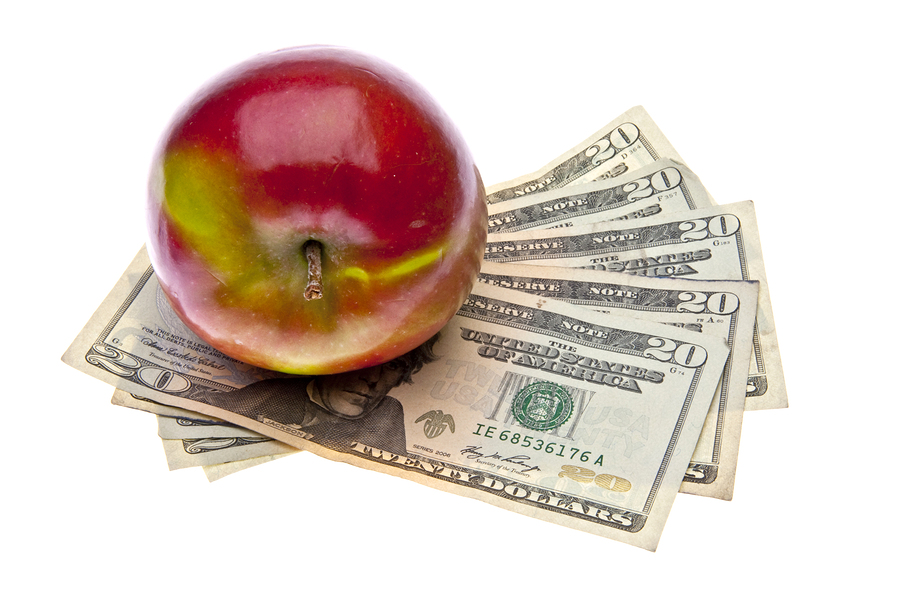 “An apple a day keeps the doctor away.”

It’s a cute little saying that was first printed in the 1866 issue of the publication Notes and Queries. The original saying actually said, “Eat an apple on going to bed, and you’ll keep the doctor from earning his bread.”

Thanks to a recent study, this rhyming proverb is now backed up by current scientific research.

According to a 2013 report from the Union of Concerned Scientists (UCS) – The $11 Trillion Dollar Reward: How Simple Dietary Changes Can Save Lives and Money, and How We Get There – if Americans ate one more serving of fruit or vegetables each day – one half cup – more than 30,000 deaths from cardiovascular disease could be prevented, and more than $5 billion in annual medical costs could be saved.

If we simply followed USDA recommendations for daily fruit and vegetable consumption, those figures would soar to more than 127,000 lives and $17 billion saved.

The goal that forms the peak of the Pyramid of Health is to feel better, function better and live longer. And the increased longevity resulting from recommended fruit and vegetable consumption and the resulting reduction in cardiovascular disease, based on methods commonly used by economists, would be valued at more than $11 trillion – hence the name of the report.

If these figures don’t open people’s eyes and encourage everyone to eat healthier, I don’t know what will.

According to the report, the 2010 costs of cardiovascular disease, which includes hypertension, heart diseases and stroke, are staggering:

This doesn’t even account for indirect costs that are difficult to quantify in terms of dollars and cents, from a lack of productivity to a poor quality of life.

If we continue at this current pace, 116 million Americans will suffer from some form of cardiovascular disease by 2030, causing treatment costs to skyrocket to a mind-boggling $818 billion. Is that how we want our money and our children’s money spent?

This study goes back to health care vs. sick care. Do we want our healthcare system to focus on proactively preventing disease or reactively treating disease? Also, shouldn’t we be rewarding individuals and organizations that take steps to live healthier?

These issues are at the core of the Affordable Care Act. Like it or not, healthcare reform will be fully implemented on January 1, 2014. It’s time to completely change our mindset and approach to healthcare before it bankrupts our country.

For more than 20 years, our Wellness At Work program has outlined what organizations can do to lower health insurance premiums, how to implement such a program, and why this is so important. The healthcare reform debate may only be about five years old, but we’ve been working to create healthier workplaces for decades and will continue to do so.

The UCS report also suggests that we can start to reverse this trend by increasing investments in and access to locally grown fruits and vegetable, which is both good for the economy and good for our hearts.

Ultimately, our own personal choices will determine whether or not we take back our health. After all, we already know that healthy eating contributes to the prevention of chronic diseases, but the course we’re on as a nation is unsustainable. This is the year of the family. Let’s make sure we’re making smart decisions about our health and teaching our children to do the same.

An extra half cup of fruit or vegetables per day. Is that really too much to ask?