How Many People Died While the FDA Did Nothing about Trans Fats? 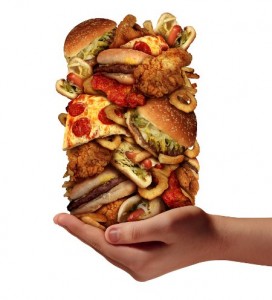 I was in college when I first learned about the health risks associated with trans fat, or partially hydrogenated oils. That was 30 years ago.

Since then, scientific study after scientific study has revealed a direct link between trans fat and obesity, heart disease, cancer memory loss and other illnesses. Advocacy groups have been trying to get trans fat banned for about 25 years.

Yet food manufacturers weren’t even required to include trans fat information on labels until 2006.

And just last week, the U.S. Food and Drug and Administration finally announced that partially hydrogenated oils, the primary source of trans fat, are not “generally recognized as safe” and ruled that food manufacturers could no longer include it in food products.

Many people are heaping praise upon the FDA for taking such a bold action. Not me. I’m outraged that it took this long.

Here is a quote from Dr. Stephen Ostroff, Acting Commissioner of the FDA:

The FDA’s action on this major source of artificial trans fat demonstrates the agency’s commitment to the heart health of all Americans. This action is expected to reduce coronary heart disease and prevent thousands of fatal heart attacks every year.

I agree with the second part of that statement because it’s a scientific fact. However, the first part is a joke.

If the FDA was committed to heart health, it would have banned trans fat 20 years ago, just like it should ban other substances in our food supply that have been proven to make people sick.

Denmark passed a law in 2003 that didn’t quite ban trans fat, but it substantially reduced the presence of trans fat in foods. Since then, Denmark has seen a dramatic drop in deaths caused by cardiovascular disease.

By the way, the law in Denmark was passed in 2003 and went into effect on January 1, 2014. Why is the FDA giving food companies three years to eliminate trans fat after waiting 20 years to ban it?

After reaching a “tentative determination” in November 2013 that trans fat is unhealthy, why did it take until June 2015 to make that determination official?

Why has the FDA created a loophole by allowing food manufacturers to petition the FDA for permission to use trans fat?

The answer to all of these questions is simple. They had to satisfy the food lobby and special interests groups that profit from using trans fat.

There’s a moral to this sickening story.

When government agencies that exist to keep us safe refuse to do the right thing, we need to call them out. We need to call out the food manufacturers and the people who endorse their products.

Congratulations, FDA. You finally did your job. Let’s not wait so long next time.