How a 13-Year-Old Launched a Movement to Reinvent Candy 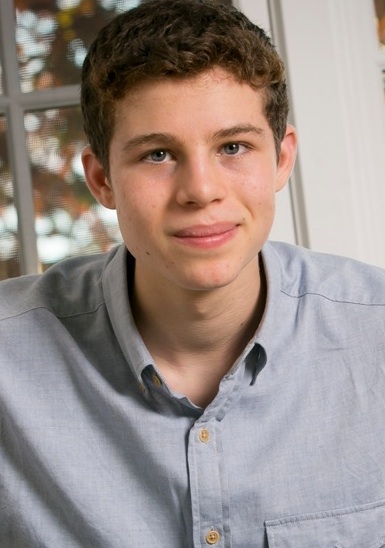 Every grocery store, department store and pharmacy has at least one aisle jam packed with candy as corporate America attempts to cash in on Halloween at the expense of our children’s health.

So who can we rely on?

Meet Nicky Bronner. The day after he went trick-or-treating, the then-13-year-old awoke to the ultimate post-Halloween nightmare – most of his candy was repossessed by his father. Nicky decided to prove to his father that the candy wasn’t very unhealthy, but his research awakened him to just how bad candy is – much worse than he thought.

Nicky learned that most of the junk in candy is there to make candy cheaper and give it a longer shelf life, not make it taste better.

Nicky set out to prove that candy could taste better without the junk and high sugar levels. He was determined to find a chef who would be willing to take on this challenge.

Nobody was willing. His older brother, Kris, led him to a New England food science professor, who referred him to a chef in Spain named Adam. Adam loved the idea.

Adam collaborated with a group of European chefs in an attempt to reinvent the most popular candy as he and Nicky sought to “unjunk the world,” and UNREAL candy was born.

The first step was to cut out the junk – corn syrup, partially hydrogenated oils, artificial colors, flavors and preservatives, and GMOs (genetically modified organisms). The second step was to reduce sugar by 50 percent per serving.

Junk has been replaced by ingredients like cacao, real caramel, and more protein and fiber from natural whole foods, resulting in a lower glycemic index, and coloring now comes from mostly vegetable juices.

As for sugar, they’re up to a 40-48 percent reduction, and they’re committed to keep going until they get to 50 percent. Because there are no preservatives, UNREAL candy will go bad after a certain period of time, as all natural, unprocessed food should.

I want you to enjoy Halloween and have fun trick-or-treating. I don’t expect you to reinvent your favorite candy bar. All I ask is that you use good judgment when you give out and consume treats, and share the UNREAL story with your kids. This is the year of our family. If we’re going to take back our health, looking for UNREAL candy and other healthier treats would be a great start. You can find UNREAL here at their Amazon Shop and in many local stores.

What healthy treats do you give to trick-or-treaters on Halloween?