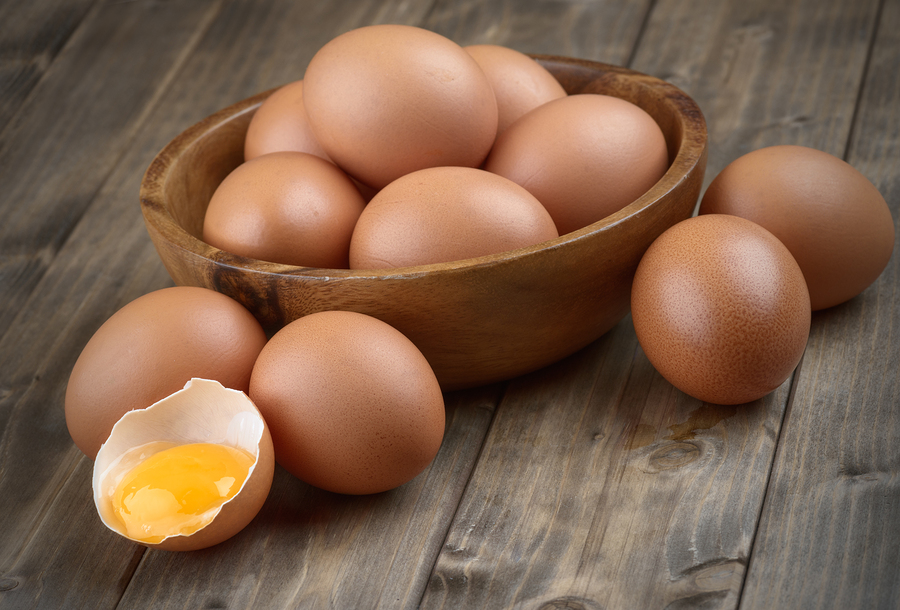 Early last year, 40-year-old guidelines from the government related to the consumption of cholesterol were changed. Basically, Washington finally caught up to science in understanding that cholesterol in the food we eat does not have a significant impact on cholesterol levels in our blood.

Thanks to decades of ignorance, one of the healthiest, most budget-friendly food options has gotten a bad rap. Because the average large egg contains more than 200 milligrams of cholesterol, which is approximately two thirds of the recommended daily allowance, egg consumption was incorrectly linked to heart disease.

Fortunately, the public is becoming educated about the myths and realities of cholesterol, and eggs are receiving long overdue recognition as a source of:

Many have actually begun to refer to the egg as a superfood. Eggs have no sugar, no carbs, no gluten, and six grams of protein. Eggs are also very filling, which reduces the urge to overeat. Instead of consuming only egg whites, more people are eating the yolk, which was previously thought to be the unhealthy part of the egg. The yolk is actually the source of many of the nutrients and all of the antioxidants in eggs.

Although eggs are no longer considered health risks, that doesn’t mean it’s okay to coat a pan with manmade, chemical-filled cooking sprays, fry your eggs with cheese and bacon, and cover them with salt.

Hard-boiled, soft-boiled and poached eggs allow you to enjoy all of the nutritional benefits of eggs naturally. If you want scrambled eggs, skip the cooking sprays, and replace milk with water. If you want an omelet, use fresh vegetables.

In addition to breakfast, eggs make great snacks, and there’s no rule that says you can’t have eggs for dinner. In fact, the low cost and low preparation time make eggs a great option for families who are strapped for time and trying to stick to a budget.

Of course, eggs are only as healthy as the hens who lay them. Don’t be fooled by the terms “natural,” “cage-free” or “free-range,” which don’t guarantee that the chickens ever even left a barn. This would make it virtually impossible for a chicken to consume its natural diet of primarily green plants and seeds.

Look for eggs that are labeled “certified organic.” That means the chicken’s diet did not include antibiotics, hormones, animal by-products, or seeds and plants that have been contaminated with additives, chemicals, pesticides, fertilizers, genetically modified organisms (GMOs) and other harmful, unnatural substances.

The emergence of eggs as a superfood is further reinforces the importance of educating yourself about good nutrition. Instead of relying on the government or trying to separate fact from fiction on the Internet, speak with a doctor who can help you balance all three components of the Triad of Health – not just the nutritional, but also the physical and psychological – so you can achieve true wellness.

Years ago, the American Egg Board touted “the incredible, edible egg.” Maybe it’s time to bring that slogan back.