Breaking Free from Decades of Frustration: A NHC Success Story 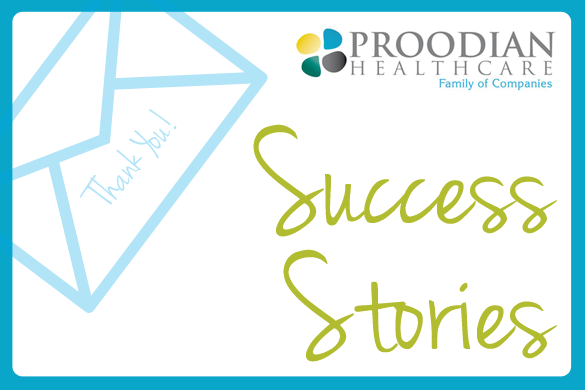 To protect the patient’s privacy, we’ll refer to her as Mary.

Mary, age 56, came to Natural Healthcare Center with what she called “the frustration of a lifetime.” She had been diagnosed with iron deficiency anemia more than 30 years earlier. Mary had tried infusions, medication and supplementation with no success, and nobody could figure out why.

Mary had been living with chronic fatigue for years. Irritable bowel syndrome (IBS) was causing constipation, bloating and stomach pain. She suffered from hypothyroidism, acid reflux, cold intolerance, hypoglycemic symptoms, and dizziness. She even had miscarriages. Mary was taking prescription medication for iron deficiency, acid reflux and hypothyroidism.

Mary knew there was a history of celiac disease in her family. She never tested positive for it, so her doctors in the conventional medicine community felt gluten wasn’t the cause of her anemia.

“I am from an Italian background and have celiac disease in my family. My husband is a chef and cooks traditional Italian food,” Mary said. “I never in all these years once considered not eating all the wonderful pasta and breads – because I wasn’t a ‘celiac’.”

After years of suffering, she turned to Natural Healthcare Center for answers. Dr. Oscar Coetzee, our clinical nutritionist, sat down with Mary, discussed her symptoms and history. He ordered blood testing, which revealed low levels of vitamin B, iron, magnesium and zinc, and a biopsy for celiac disease, which came back negative.

The combination of Mary’s symptoms – constipation, bloating and stomach pain, a family history of celiac disease with a negative test, and deficiencies in vitamin B, iron, magnesium and zinc – suggested that she could have non-celiac gluten sensitivity (NCGS).

NCGS is a condition that has only recently become more defined in medical literature, but research suggests that NCGS is more common than celiac disease. A person with NCGS can’t tolerate gluten and has symptoms similar to celiac disease, but doesn’t have the same antibodies and intestinal damage that you would find in a person with celiac disease.

Mary returned to Natural Healthcare Center one month later. Her acid reflux was gone, so she was able to stop taking her acid reflux medication. Dr. Coetzee prescribed an iron supplement to support red blood cell formation and better absorption with fewer side effects.

When Mary returned for her three-month follow-up visit, lab testing showed her iron levels in normal range for the first time in more than 30 years. Constipation and IBS symptoms were gone. Dr. Coetzee recommended another three months of the iron supplement to maintain optimal iron levels, as well as a probiotic supplement to restore balance in her gastrointestinal system.

“I wasn’t just gluten-free by eliminating wheat, but all grains,” Mary said. “It was amazing to me how quickly I improved when living this way. My IBS has resolved completely, as if it never existed. My iron has normalized for the first time ever, and I have energy. The interpretation of my symptoms and blood work led the clinicians at NHC to pinpoint my lifelong struggle. I cannot be grateful enough.”

Mary’s life has changed for several reasons. First, she recognized that a new approach was necessary if she was ever going to feel better. Second, Dr. Coetzee did what he does best. He took the time to investigate and connect the dots between various symptoms, lab test results and family history. Third, Dr. Coetzee developed a personalized, science-based treatment plan with no prescription medication. Finally, Mary implemented the plan and made the lifestyle changes needed to find relief.

We at Natural Healthcare Center are so proud of Mary and thrilled to hear how her life has changed. This is just one more example of how evaluating and treating a person as a whole, and as an individual, is the key to feeling better, functioning better, and living longer.