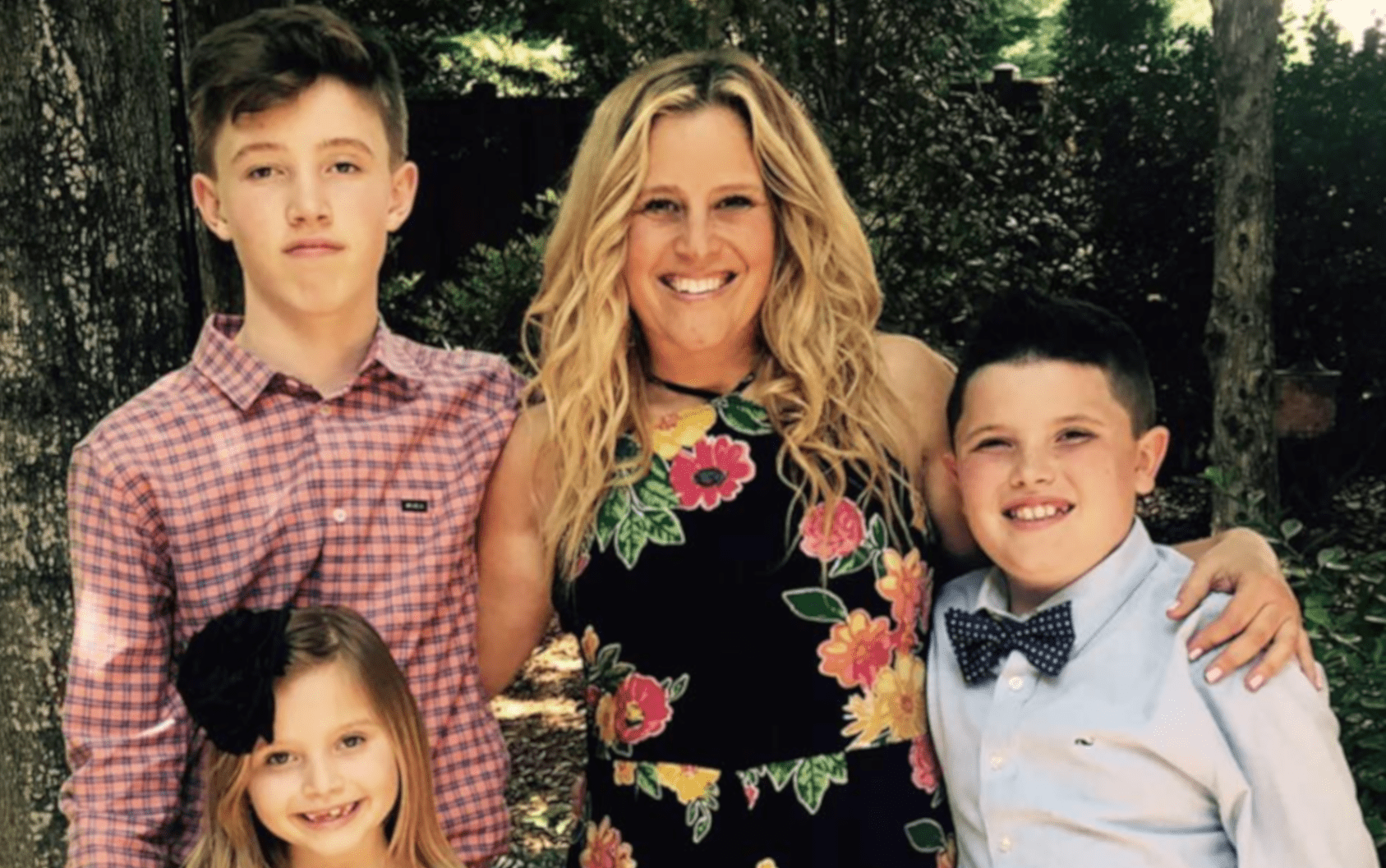 Jackie has been a good friend of mine for years. It’s not uncommon for friends and family to talk to me about their health, whether we’re at dinner, a store or a soccer game, and I thank God for ears to listen when approached. But Jackie was hesitant to open up about how she was feeling until it became almost unbearable.

Back in 2013, she had been experiencing pain across her chest in the breast area and thought a lump might be the source of the problem. A mammography did reveal a lump, so she had a lumpectomy and thought the pain was finally gone.

Instead, the aching, searing pain spread to other parts of Jackie’s body, including her arms, hands and legs. The only thing that would provide temporary relief was a hot shower or heating pad.

Jackie’s primary doctor was very caring and a great listener. She tried different approaches, from prescribing a steroid to eliminating caffeine. When she noticed a rash on Jackie’s chest, she referred her to a dermatologist.

The dermatologist thought Jackie may have had shingles. Sure enough, she tested positive for postherpetic neuralgia, a condition that affects nerve fibers and skin, causing pain long after shingles-related blisters and rashes are gone. The dermatologist prescribed Lyrica, which is commonly used to treat pain caused by nerve damage.

At this point, Jackie was taking Lyrica, a steroid and Advil. Then the pain spread to her feet and she started gaining weight.

Jackie had always been very athletic, but she wasn’t exercising because she was in too much pain. After gaining 30 pounds, she was heavier than she had ever been in her life and became depressed.

“Everything was hard,” Jackie said. “Between teaching preschool and taking care of my own 4-year-old, 8-year-old and 10-year-old, the pain was unbearable. I was excited to be home with my kids for the summer and go places with them, but I was in pain every day. I just kept taking medication because that’s what I thought I was supposed to do.”

Jackie mostly kept her pain to herself, but her sisters noticed. One of her sisters, a certified personal trainer, told Jackie her face looked swollen and that something wasn’t right. Jackie said the experience was like an intervention.

She finally opened up to me one day at the beach in the summer of 2017 and I immediately saw that something needed to be done. She made an appointment at Natural Healthcare Center.

I spent a lot of time talking to Jackie to understand her history and how the pain had moved and spread over the years. I suggested that Jackie stop taking the steroid and start weening off the Lyrica. I wanted to do extensive bloodwork and test her for Lyme disease.

Jackie tested positive for Lyme disease and met with Dr. Oscar Coetzee. She was always a healthy eater but knew she was retaining water and gaining weight because of the medication. So she immediately stopped taking all medication.

Dr. Coetzee prescribed a two-week anti-inflammatory nutritional protocol that would enable her body to release toxins and lose inflammatory weight. Rather than starving the body, this protocol provides nutrient-dense carbohydrates, fatty acids and protein. He recommended several supplements – vitamin D, B-vitamins, CoQ10, and curcumin for inflammation.

“Dr. Proodian has been a friend for a long time, but after my first appointment, I knew he was on my side when we discussed by condition,” Jackie said. “He wanted to treat me naturally. Everyone I met genuinely cared. Even the people who walked me back to a room seemed to know my situation and asked how I was doing. Lisa was extremely gentle with acupuncture because some of my pain is in sensitive areas.”

Jackie was committed to her treatment program. The pain started to subside within weeks and was completely gone from her feet within three months. She has lost nearly all the weight she had gained and started working out again, taking yoga and Pure Barre classes to promote healing and build strength.

“At one point, the pain was constant,” Jackie said. “Now it’s just an occasional flare-up in my chest. I have no pain in my feet, arms or hands and it’s nothing like the can’t-get-out-of-bed pain I was experiencing before.”

Jackie is still following her nutritional protocol, taking her supplements, and seeing Lisa for acupuncture. She also began taking CBD oil to help with pain and anxiety. She no longer takes Lyrica or steroids.

My family and I, and now the Natural Healthcare Center team, adore Jackie. I feel blessed that we were able to get the root cause of what was bothering her and help her enjoy life again.

“How I feel now compared to a year ago is completely different,” Jackie said. “Natural Healthcare Center changed my life.”