Addiction to Smartphones and Other Gadgets Is Real, and It’s Hurting Our Kids 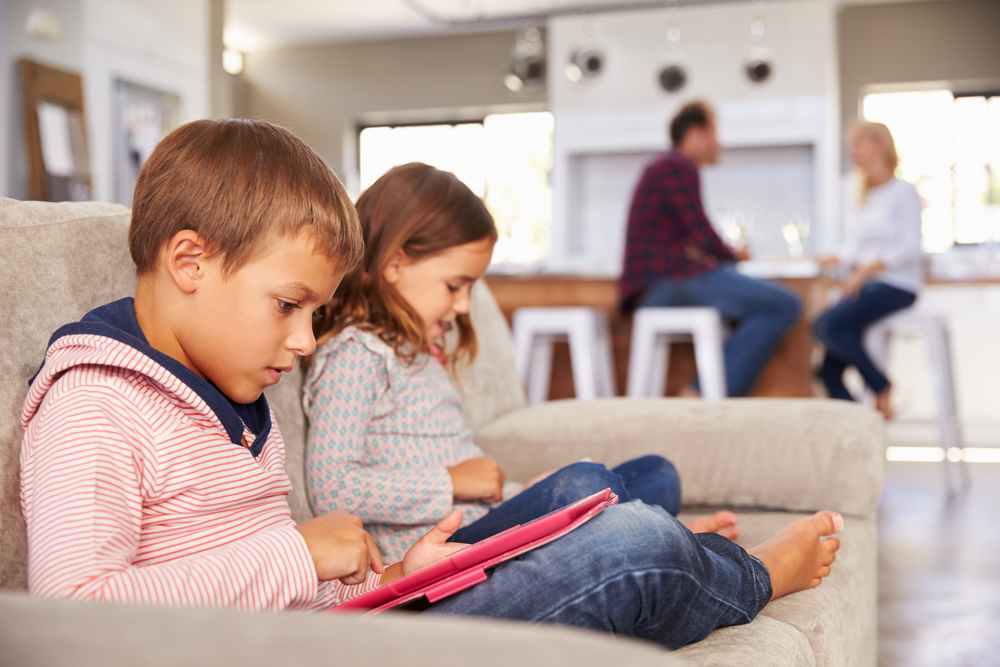 Most people associate addiction with drugs, alcohol and gambling. When it comes to smartphones and other handheld devices, “addiction” is typically mentioned far more casually.

People often joke that they’re addicted to their smartphones or certain apps. They sleep with their phones and panic when they can’t find them. They check their social media accounts every five minutes. Emails, texts and instant messages are constant. Every “free” minute is spent fiddling with their gadgets.

More than four in five college students claim to have felt their smartphones vibrate in their pocket when it wasn’t vibrating. This phenomenon has become so prevalent that it actually has a name – phantom vibration syndrome. People are so obsessed with missing calls, texts and notifications that they claim to feel the sensation when it’s not happening.

The fact is, smartphones, apps and the internet are just as addictive as drugs, alcohol and gambling. This is no longer a theory. An ever-growing body of scientific research supports this fact, and it’s time for us as responsible adults and parents to take the problem seriously.

Dopamine is a neurotransmitter, which is a communication or message that travels through the nervous system. Dopamine is produced by the brain and released when you experience pleasure. It acts like a reward for beneficial behavior and motivates you to repeat those behaviors.

The physical feeling of pleasure and the perceived ability to conquer the world that are often felt by a cocaine addict don’t come from the cocaine itself. They come from the dopamine. Cocaine simply stimulates dopamine.

The same science applies to alcohol, gambling and, yes, even handheld devices.

This can cause you to feel fatigued. Addicts tend to feel a lack of motivation and lose sight of their goals. They develop an addictive personality, with mood swings, anxiety and depression.

Why Smartphone Addiction Is So Dangerous for Children

Kids who spend a lot of time on smartphones and other devices tend to become detached from interpersonal relationships, which leads to isolation and loneliness. They miss out on the verbal, eyeball-to-eyeball communication that’s so important during developmental years.

According to research results published by NPR, teens who spend five or more hours per day on their devices are 71 percent more likely to have one risk factor for suicide. It doesn’t matter if they’re watching an innocent video of a graduation ceremony or following a school shooting. Research shows that it’s the amount of screen time that’s directly associated with depression, not the specific content.

Most researchers recommend limiting screen time to an hour a day. There is a slightly elevated risk of mental illness at two hours a day, but suicide risk factors increase significantly at three hours a day and beyond.

What Choices Will You Make as a Parent?

Drugs, alcohol and gambling are illegal for kids. Smartphones are not.

Parents decide how much time children can spend with smartphones, tablets, and video games, and how old a child should be when they can own various devices. Childhood should be filled with love, caring and empathy. In too many households, these have been replaced with gadgets.

I live in the real world. I know technology is part of life. But technology doesn’t have to be such a large part of a child’s life at such an early age.

Does a 3-year-old need an iPad? Does a teenager need to have unlimited screen time, or even three hours of screen time each day? Think about the important relationships and valuable skills they’re failing to develop because they’re addicted to devices. Think about the short-term and long-term consequences.

Parents need to understand that the connection between these devices and brain chemistry has been scientifically proven. There’s no debate.

It’s time to recognize excessive use of handheld devices for what it is – an addiction. The sooner parents accept this reality and limit screen time, the better off our kids will be.